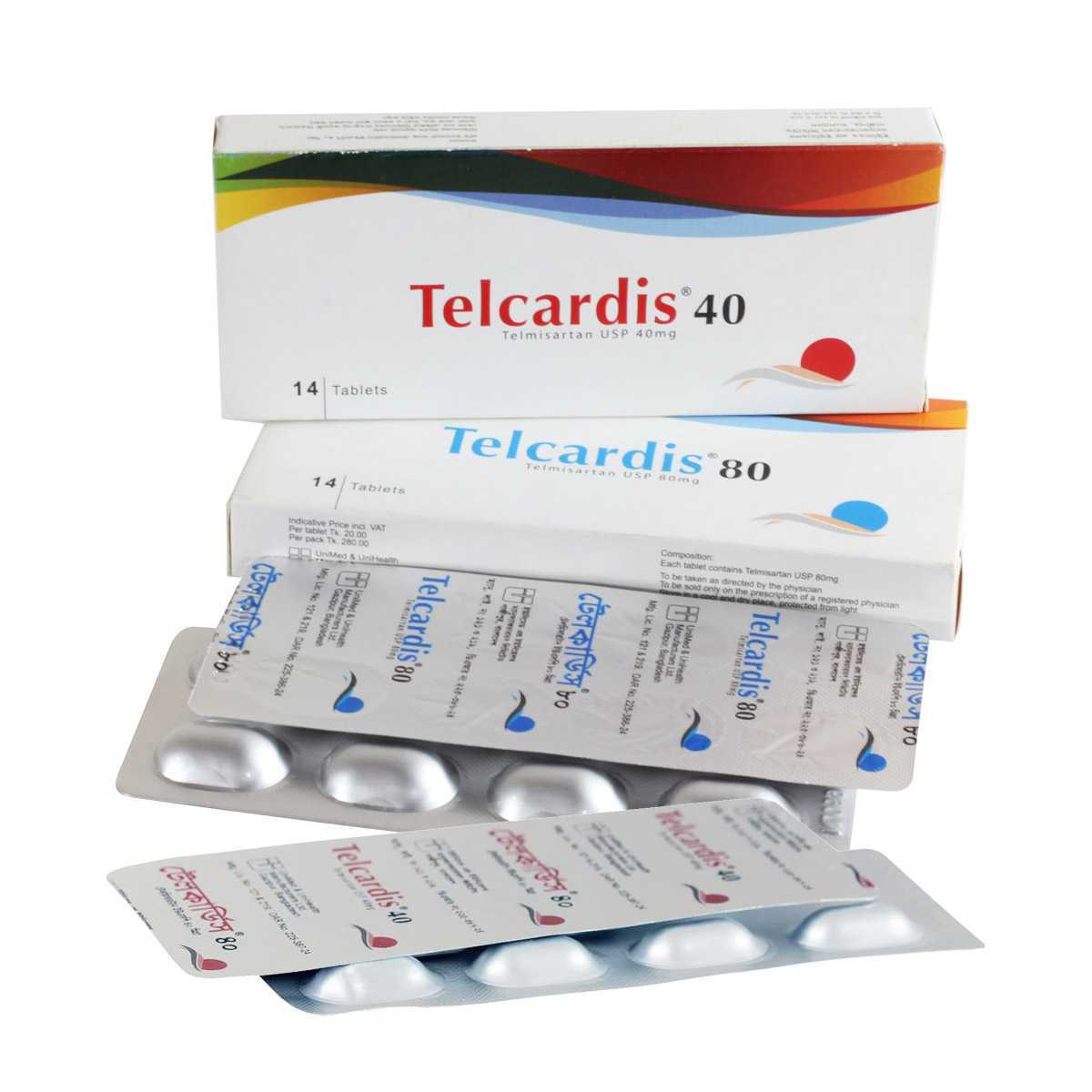 Telmisartan is a nonpeptideangiotensin II receptor antagonist which is used in the treatment of hypertension.

reduction in patients who are indicated for ACE inhibitors.

Most people tolerate telmisartan well.Side effects are usually minor and either require no treatment or can easily be treated by

physician. The most common telmisartan side effects include-Upper respiratory infection such as the common cold or flu up to 7

Telmisartan is contraindicated in conditions like Pregnancy, Adjunct in treatment of opioid dependence, Dry or painful cough.

Telmisartan is also contraindicated in patients with known hypersensitivity to telmisartan.

reduces the bioavailability of telmisartan, with a reduction in the area under the plasma concentration-time curve (AUC) of about

6% with the 40mg tablet and about 20% after a 160mg dose. The absolute bioavailability of telmisartan is dose dependent. At 40mg

When certain medicines are taken together, there is a possibility of developing drug interactions. With Telmisartan, drugs such as

potassium supplements or potassium-sparing diuretics may cause an interaction. When Telmisartan was co-administered with digoxin,

digoxin levels when initiating, adjusting and discontinuing Telmisartan for the purpose of keeping the digoxin level within the

therapeutic range. NSAID use may lead to increase risk of renal impairment and loss of antihypertensive effect. Monitor renal

function and increases fetal and neonatal morbidity and death. Telmisartan may potentially cause extreme low blood pressure or

a decrease in kidney function. Hyperkalemia may occur in patients on ARBs, particularly in patients with advanced renal

containing salt substitutes or other drugs that increase potassium levels.

Telmisartan has been assigned to pregnancy categories C (use during first trimester) by the FDA. When pregnancy is detected

or expected, Telmisartan should be discontinued as soon as possible. The use of drugs that act directly on the RAA system during

the second and third trimesters has been associated with fetal and neonatal injury, including hypotension, neonatal skull

hypoplasia, anuria, reversible or irreversible renal failure and death. There are no data on the excretion of Telmisartan into

human milk, due to the potential for serious adverse effects in the nursing infant, a decision should be made to discontinue

nursing or discontinue the drug.

Store in a cool and dry place, protected from light. Keep out of children’s reach .